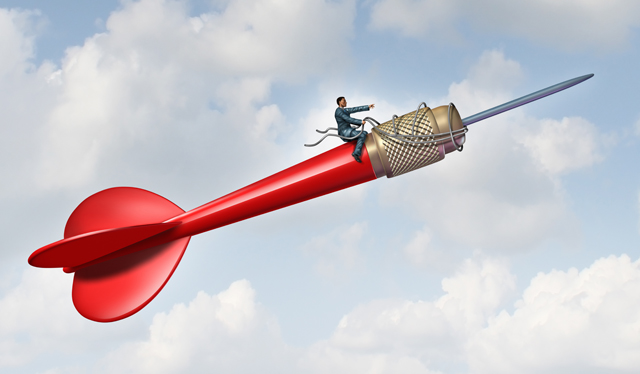 What makes a good manager? Are they the ones who consistently meet their targets? Well, for that matter a bad manager can also reach his or her targets consistently, but does that make them good then? A good manager is much harder to define than simply by using the stats, in other words the numbers don’t always count for everything. In fact there are so many variables that are involved in the making of a good manager that, perhaps, we should instead at first take a look at bad management characteristics.

Consider a person who habitually, and unfairly, pressures their subordinates, developing instead of a mutually respectful atmosphere, a pervasive sense of fear and anger. I once worked for someone just like that. Over a period of several years, there was always pressure. No problem with that of course, but this was unnecessary pressure and completely counter-productive. If a mistake was made, no matter what, even mistakes that could be attributed to misunderstandings. He just lost it.

He seemed to take every single fault like a personal insult. The result, I started to realise that that I wasn’t actually doing the job or completing the tasks I was being paid for. Eventually I, and the team I was a part of, were doing our work in such a way that he wouldn’t get angry. We had almost lost sight of our teams primary goals. Needless to say as this situation progressed, the quality of work suffered which had the knock on effect of making this person even angrier. A vicious circle if ever there was one.

Throughout these years of turmoil and, occasionally, verbal abuse, I learned some important lessons about people management. Perhaps it would be better to say that I learned how not to manage them. Fortunately I have always had a strong character and was able to continue working in this environment for several years. My loyalty lay with the client and the project though, and not with my abusive boss. Once there was a break in the virtually continuous round of projects, I left.

I had learned a lot during those years, experiences that, while very unpleasant at the time, are invaluable to me now. Nobody likes to be treated badly. But the positive side of the story is the knowledge gained and insight into how different people react under extreme and, more importantly, unfair and unnecessary pressure. Managing a team or a department is actually very easy, once you have been on the sharp end. Care, kindness and understanding go a long way towards building mutual trust and respect. Through these and other experiences over my long career I have come to know that a happy crew are the best crew.

Now, let us talk about this theoretical bad manager, some way up in the management hierarchy. In this case, the potential damage is much more serious than from my experiences. It isn’t simply one manager and a small team affected. His (or her) disruptive atmosphere will permeate down through the organisation. Each level of management will also begin to put pressure on subordinates in much the same or a similar manner.

Eventually, it reaches the ‘shop floor’, which will have an immediate effect on motivation and productivity. At this point, nobody from this one bad manager down will be happy with his or her work. They will all view it as an unpleasant but necessary grind they have to endure every day simply to pay the monthly bills.

Now the manager at the source of all this misery may well meet his targets, but as these targets are often referenced against similar targets from the recent past, the possibility that his or her department could be several times more successful if only the personnel where happy and motivated could go completely unnoticed.

Think about it, just how are the targets defined in your own organisation? How do you know what are and are not reasonable goals. A common way is to reference against previous years or similar departments. These figures together with market research and, hopefully, carefully chosen Key Performance Indicators will eventually produce the yearly, quarterly and monthly goals. A good discussion on how to measure performance and set targets may be found here.

However you do it, part of the goal/target setting methodology is likely to take into account previous data. The point here is if the entire department is unhappy and demotivated, perhaps the previous data is tainted and unrealistic. Think how the entire department or teams performance could improve should they, once again, enjoy coming to work every day and take pride in their daily tasks.

If the ‘problem’ manager, several levels up in the management hierarchy, was, instead, what I would consider a good manager he should be aware of any potential problems throughout his area of responsibility. He may do this by acting, and encouraging his subordinates to act, professionally, mindful and respectful towards all colleagues throughout the entire organisational structure. There could never be an issue that could affect either the running or the productivity and efficiency of the department or team. All it takes is some openness and a sense of approachability.

By encouraging every person to take responsibility for the success of the business as a whole will ensure that success. When put into perspective, ruling by fear and intimidation can never succeed in the long run. Only via a fully involved, motivated and determined work force can true long-term success be achieved.

A good example from times past can be found in a comment on this website. See the comment for yourselves with the article Starting up. If Joseph Rowntree had been around today do you think he would have tolerated such bullying tactics? You may think that his liberal values belong in another age, perhaps, but not entirely. Respect and kindness are still basic human social needs and always will be. Always be mindful how you treat your colleagues no matter what position they hold within your business. It will pay dividends in the end. I guarantee it.